For those in Yorkshire Rio Ferdinand committed the cardinal sin in 2002 – he crossed the divide.

He joined a list of players who’ve gone from Leeds United to Manchester United.

A decade earlier a certain Eric Cantona had swapped Elland Road for Old Trafford, and we all know how that went.

But Ferdinand, then an England international with the world at his feet, wanted to move.

Player power is a part of the game nowadays and there is a school of thought that suggests they perhaps have too much power.

Transfer deals are played out in public and Ferdinand would’ve had no problem doing so 19 years ago.

Then Leeds chairman Peter Risdale had taken the club to the semi-finals of the Champions League.

They spent big, something he has since said was a mistake, but were unable to retain their lofty position.

Leeds’ most expensive signing was the £18m then spent on a 22-year-old Ferdinand.

It was a British transfer record and made him the world’s most expensive defender.

Less than two years later though and he was gone, but it was who we went to that caused a stir.

Ferdinand knew of United’s interest and went and sat in Risdale’s office for six hours until a deal was thrashed out.

The move wasn’t played out in public, but the six-time Premier League winner would’ve taken it that far had he needed to.

“I fortunately enough was never put in a position where I had to go in all guns blazing, but trust me, if I’d needed to i would have,” he said previously on BT Sport.

“At Leeds I went and sat in Mr.Risdale’s office and just sat there and waited for about five, six hours and said I’m not going until you sort out the deal for me to go to Man Utd.

“I didn’t go public, I didn’t need to go. We got to a compromise, we got to a situation where he felt he was getting the right part of the deal and I got my opportunity to go to Man Utd.

“But I was adamant I wanted to go because that was the right time and the right move for me.

“If he had said no and put a firm wall up I reckon I probably would’ve gone public with that because I feel, as a player, its a short window in terms of being able to be successful.

“As a fan and as a football club I get that you might not understand that, but it works both ways.”

Leeds had slapped a £30m price tag on Ferdinand leading up to his departure.

Fan anger only increased when the young defender went back on claims he made in a Sun interview where he said he didn’t want to leave the Yorkshire club.

Risdale says in his book ‘United We Fall’ that he was delighted to see his star defender publicly declare his affection for Leeds.

Perhaps though it wasn’t as genuine as he’d hoped with Ferdinand supposedly responding by saying: “You know that was for the supporters… me and you both know I’m off!”

United’s offer started at £22m. Risdale held out and held out before eventually getting his desired £30m.

Jeers greeted him as he ran onto the pitch and it was an afternoon to forget as Harry Kewell headed in a winner for Leeds.

Ferdinand would have the last laugh though, his former side were relegated two years after he left.

The now 42-year-old would go on to win several league titles, two League Cups and a Champions League.

There’s no doubt that Ferdinand contributed to the undeniable chasm that exists between Leeds and their bitter rivals.


There are currently seven variants of the coronavirus of serious interest to Spain’s Health Department, headed by Minister Carolina Darias, for which special monitoring is underway due to their being more virulent (causing more serious disease or greater mortality) or because the vaccine could be less effective against them.

According to data from a new report published this Monday, 916 positives from these new strains have been confirmed to date throughout the national territory.

Currently, according to the health authorities, the most significant concerns are B.1.1.7 (British), B.1.351 (South African) and P.1 (Brazilian). However, in their ‘Report on the epidemiological situation of variant B.1.1.7 of SARS-CoV-2 and other variants of interest‘, the Health Ministry also included two other variants besides those from the United Kingdom, one from California and one first detected in Río de Janeiro. According to Ministry’s data, so far 898 cases of the British variant have been confirmed (alongside another 183 from unofficial sources, not yet confirmed), 6 from the South African strain, 1 from the Brazilian (plus two from unofficial sources) and 11 from the from Río de Janeiro (two of them in travellers diagnosed in Madrid and the other 9 here in the Canary Islands, for which no epidemiological data is yet available).

Likewise, a second British strain B.1.525 was identified in January this year, first detected in the United Kingdom, apparently similar to the South African strain, and has also been found in Denmark, the Netherlands, Norway, the United States and Canada.

The Health Ministry has said that the British variant “is highly variable from one community to another, and the data indicate a rapid increase in its distribution over recent weeks.”

Of the total of 898 positives for the British B.1.1.7 only been three cases have so far been detected in The Canary Islands.

The Microbiology service at Tenerife’s Nuestra Señora de Candelaria University Hospital, working with the Ministry of Health, has been carrying out genomic sequencing, so far, on a total of 812 samples of positive coronavirus cases, as part of a research project that has resulted in their having identified a total of 159 positive samples of the British variant (B.1.1.7) and 2 of the Brazilian variant (classified as P.1 and P.2), both detected over this past weekend, and so included in the latest data.

According to the results of the study, 19.6% of the samples analyzed between December 18 and February 22 were positive for the British variant whereas 0.24% contained the variant first found in Brazil, while the rest were described as coming from the original parent strain with no currently known impacts on the biology of SARS-CoV-2.

Spain’s Ministry of Health and the various regional autonomous communities are working to agree on national criteria to carry out sampling that provides epidemiological information on the incidence of the new variants of SARS-Cov2 in Spain, the results of this research study are currently only available for The Canary Islands.

Additionally, Ministry of Health, in Madrid, published a report only yesterday on the epidemiological situation with the British variant B.1.1.7 of SARS-CoV-2, as well as other variants of interest, where it states that the Canary Islands currently has 3 cases of variant B.1.1.7 (in samples sent from the Dr. Negrín Hospital, on Gran Canaria, and sequenced at the Foundation for the Promotion of Health and Biomedical Research (FISABIO), in Valencia), as well as 46 cases detected through informal sources, similar to the cases reported by the Microbiology Service of the Hospital de la Candelaria, and 9 cases of variant P2, the Río de Janeiro strain. These 9 positive samples of the P2 variant correspond to samples sent by the Dr. Negrín University Hospital on Gran Canaria and sequenced at FISABIO, Valencia (whose labs have so far sequenced more than 5,000 samples), within the collaborative project named “SeqCOVID“. Within the framework of this research project, samples received at the Microbiology Laboratory have been sent from the Hospital Dr. Negrín since March 2020.  SeqCOVID has been working to sequence every strain detected in Spain to allow timely information regarding the spread of variants and mutations throughout Spain and The Canary Islands.  With the help of various labs across Spain the project has so far managed to sequence over 7,000 samples of the more than 18,000 that have been sent for study, and the project continues allowing Spain’s ministry of health to map the incidence of dominant strains over time.

From the samples sent so far, the 9 confirmed to be the P2 variant have been identified, as belonging to a closed in-hospital outbreak back in December 2020.

Simply put, that means that the Río de Janeiro strain is not wild out in the community and therefore less of a concern

To date, the P2 variant has not been included in any priority lists, its frequency in Brazil is still not clear, and its epidemiological or clinical effects are unknown. These samples are still going through the process of epidemiological verification, and they were analyzed in the context of a virological scientific study.


We noticed that you’re using an ad blocker. Or, your browser is blocking ad display with it’s settings.

Please help us keep it that way by allowing your browser to display ads. How?

If you’re already a Supporter, please use the Supporter Login option here.


A 2016 Rio Olympian in the women’s 3000 m steeplechase while still in university, Anju Takamizawa, 24, has announced her retirement through a statement issued by her corporate team Shiseido on Dec. 24. While at Matsuyama University Takamizawa won the steeplechase at the 2015 and 2016 National Championships. In Rio she was eliminated in the qualifying round. Since then Takamizawa has struggled with injury. On the Shiseido team site Takamizawa commented, “Thank you to everyone who kept supporting me even though I couldn’t produce the results I wanted to. I hope that my experiences as an athlete will help inform my future life.”

A day later on the 25th, the Japan Post corporate team announced that Takamizawa’s Rio Olympics teammate Hanami Sekine, 24, was also retiring. A native of Tokyo, Sekine ran for Toyokawa H.S. before joining the brand-new Japan Post team in 2014 as one of its star athletes. She ran the 10000 m in Rio, and in 2018 she made her debut at the Nagoya Women’s Marathon in 2:23:07. An early adopter of super shoe technology, after Nagoya Sekine developed what ultimately proved career-ending injuries.

“I can end my career feeling satisfied with what I accomplished,” she commented. “I want to devote myself to the pursuit of a new dream now.” She plans to leave Japan Post at the end of the fiscal year to become a childcare worker. Head coach Masahiko Takahashi praised Sekine, saying, “She helped create our team’s legacy and is someone worthy of the utmost respect. I hope that she pursues the next stage of her life the same way.”

translated and edited by Brett Larner 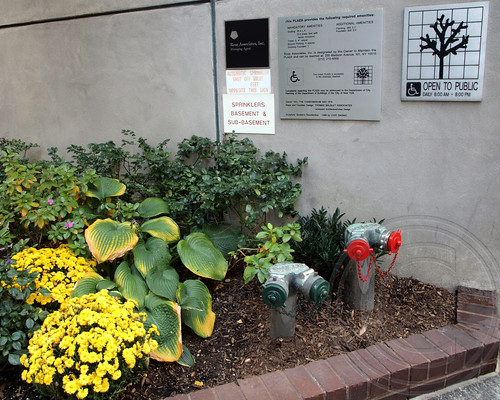 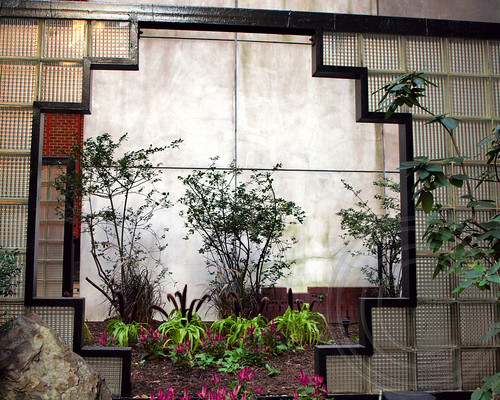 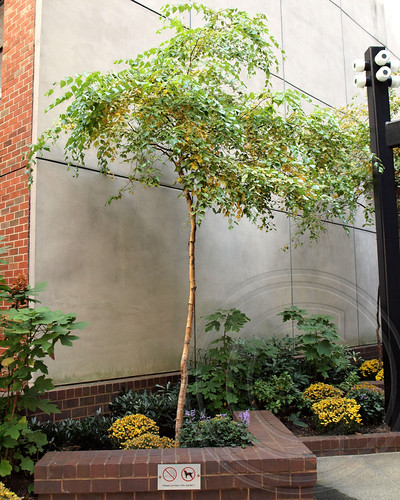 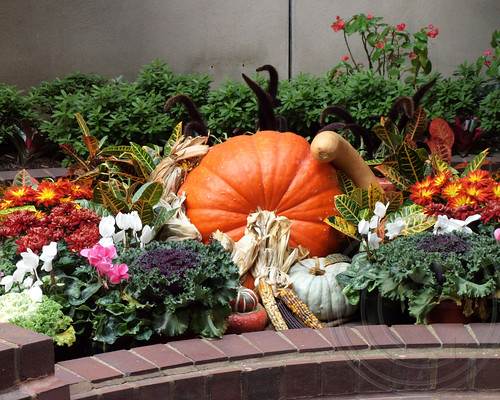 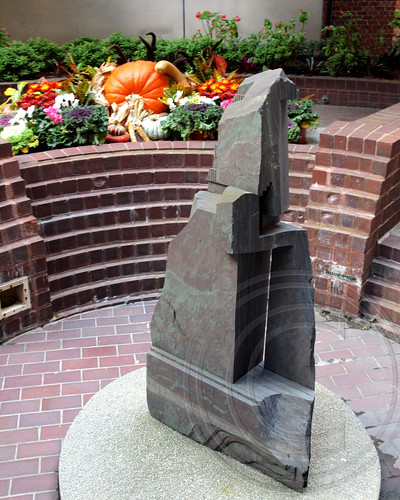