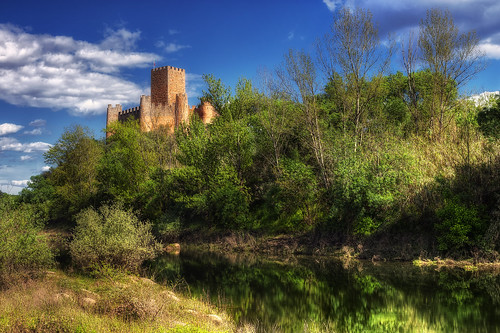 Image by Frags of Life
The castle of Almourol is one of the more emblematic and cenographic medieval military monuments of the Reconquista, and best representation of the influence of the Knights Templar in Portugal. When it was conquered in 1129, by forces loyal to the Portuguese nobility, it was then known as Almorolan, and placed in the trust of Gualdim Pais, the master of the Knights Templar in Portugal, who rebuilt the structure. The structure was reconstructed, starting in 1171 (from an inscription over the principal gate) and restored during the subsequent reigns.
-Transcription from Wikipedia:
en.wikipedia.org/wiki/Castle_of_Almourol

Want to join the discussion?
Feel free to contribute!